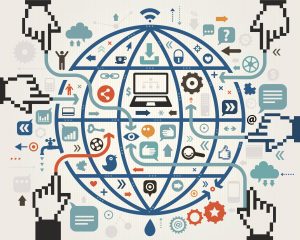 The crux of the issue is that these are private entities, who have, in many cases, spent millions if not billions of dollars building out the infrastructure they now use to provide a service for their customers. They are the ones who took the initiative, the risk, and spent the money to do such. They are the ones who deserve to say how that infrastructure is used. If Comcast’s business model says that they need to prioritize their own services, or the services of some other company, over the services of Netflix, for example, then that is a Netflix and Comcast’s customers’ problem, and they need to figure out a way to work out their grievances. Perhaps that includes cancelling Comcast’s service and going with another provider. Perhaps that includes Netflix paying for prioritization across Comcast’s network. Perhaps that includes some of each. Perhaps it includes Netflix entering the ISP domain, and providing its own internet service. Just because Netflix developed a business model that requires other company’s bandwidth to deliver, does not mean that those other companies are beholden to Netflix or their subscribers.

Now, Comcast, AT&T, Verizon, Cox Communications, Spectrum Communications, and other providers do have to answer to their customers, and many of the proponents of Net Neutrality claim that these companies, in many instances, have veritable monopolies in areas of the country where they operate. Admittedly, it is very difficult to make a company pay the price for poor service if they are the only company providing said service. But, I believe the actual impact of monopolization in the ISP market to be overblown. In my area of the country, I have no less than five traditional broadband companies competing for my money, but if I add cellular carriers, I have 6 more. I admit that mobile internet tends to be more cost prohibitive than traditional carriers, but that in no way makes the fact that their service is available to those who choose to pay for it any less true. There is also still dial-up service available in most areas. Even though that may not be preferable, it is objectively another option.

But, there are areas where the traditional carriers have a veritable monopoly. In most cases this is due to decades-old agreements with local municipalities that grant these carriers exclusive access to right-of-ways and public infrastructure — power polls, conduit, and things of that nature. Google Fiber has run into this issue in many areas they have attempted to expand into, and their efforts to give an alternative service to these areas have been caught up in the court system. That some businesses would take the path is not shocking. Business will always look for a leg-up on the competition, and if it finds it can do that through cronyist means, then some will take advantage of that. This is not an issue with business, per se, but with the politicians who would sell their political authority to said businesses. That government is the issue in such instances seems to be completely lost on the Net Neutrality crowd.

I am in favor of the free market and in the competition that the market provides. Most of the issue that irk the Net Neutrality crowd can and are suitably addressed by competition. I am fully in favor of legislation breaking the monopolization of public infrastructure and right-of-ways to decades entrenched service providers. I would prefer this to happen at the state level, but I take no issue with federal action if the states refuse to. There is no cause for a private business to have exclusive access to publicly owned land or infrastructure. Google Fiber in particular has stated publicly that if local municipalities would remove these legal barriers, they would be more than happy to expand into many new areas. Even though I find them overblown, competition, not regulation, can and will solve the issues that the Net Neutrality crowd focuses on, and all that the bureaucratization of the internet that the Net Neutrality crowd wants will accomplish is driving up costs, slowing down service, and making life even more miserable for the consumer.

One thought on “On Net Neutrality”