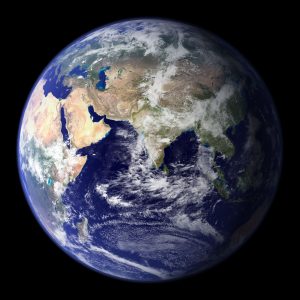 I’ve spent the last half-week in serious mental conflict. On one hand, I detest white nationalism, white supremacy, and Nazism. I find the individuals who choose to associate with such ideologies to be deplorable. They are cretinous mouth-breathers, worthy of no respect or intellectual engagement. I rebuke them and their hateful ideology with every fiber of my being, but…
I have spent the last two plus years watching a heinous movement on the Left gain traction and ground. A movement based as perniciously on identity and genetic disposition as Nazism ever was. I have watched those who choose to associate with this movement and its racist underpinnings browbeat the innocent, riot, damage private property, start fires, block expressways and other roads, stop white students from accessing their classes, force university faculty and administrators from their jobs because they wouldn’t kowtow to their bigoted demands, force white professors from campus, petulantly shout down public speakers, commit wholeheartedly to class and race ideological warfare, assault those who disagree with them, and yes, a few of them even go so far as to attempt to murder and actually murder those who they see as their philosophical enemies.
The so-called “Antifa,” and Black Lives Matter, and the larger Social Justice Warrior Left has participated in and sanctioned behaviors as illogical, as racist, as mindless, and as vicious as anyone in the alt-right movement. They have created ideological chasms of grave unnecessity. They have sewn virtually groundless social discord. They have done these things with almost total silence from the Left, with nary a peep of critique from the media, and in far greater numbers than the alt-right could ever muster. Unlike the alt-right–who represent a relatively small percentage of the Right–they represent a significant and influential portion of the Left. They hold sway at Ivy League and other universities and in the mainstream media, and they have gotten a virtual pass on behaviors akin to, and far more numerous than those the alt-right participates in. And so, as I stated, I am torn when I wish to denounce the alt-right, but know that there are numerous leftists who will seize on my denouncement, all the while giving pass to the alt-right’s ideological equals on the left.
So yes, I rebuke and decry white nationalism, white supremacy, and Nazism. Individuals who advocate such philosophy are worthless and vile. But, I unequivocally and vociferously rebuke and decry the SJW Left in an equal manner. Both groups and their ideologies are of no value to civilized humanity. Both groups consist of bitter, reactive, indignant, and petty individuals, who subsist on not but outrage and petulance, and violence. Both groups should be admonished and condemned by all rational, free-thinking individuals. Both groups are abjectly disgraceful. Full stop.

One thought on “On Racism”