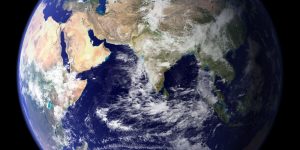 My assessment of human history leads me to make a couple of observations on liberty.

1 — Those societies whose laws protect individual liberty, and defer to individual liberty as much as possible, are the most prosperous and harmonious societies in the recorded history of mankind. Liberty promotes tolerance, equality, generosity, and overall well-being in a manner unrivaled when addressing social order.

B — Most humans simply do not desire individual liberty as much as they desire even the semblance of security and structure, whether that security and structure is mostly illusory or not. True liberty is disconcerting and frightening to most people, and forcing them to embrace the uncertainty that comes with being truly free is an exercise in futility.

These seem to be competing ideas, and they very much are. But nevertheless, I find them to be consistent with my daily interactions, and with my understanding of human history. These realities have certain implications that do not sit well with many in the pro-liberty crowd, nor with many in the pro-government crowd.

I will start with the implications for the pro-liberty crowd.

If most people simply are not interested in liberty, if most seek assurance of social structure, order, and safety, then it does no good to try and eliminate government entirely, and its elimination may very well be the worst thing possible for the protection of as much individual liberty as possible.

Most people are followers, and will fall willingly under the control of whatever entity presents itself as having authority. History bears this contention out, as tyrannical governments are far and away the rule, and rebellions against those governments are largely the exception. Even in the Revolutionary war, it is calculated that only 4% of the colonists served in the continental army, and only a third of the colonists even supported the revolution. Meaning that most sat it out and waited for whomever won to impose the social order they would live under.

This does not mean that people won’t complain about tyranny, it just means that most are highly unlikely to do anything about it, even if there are people around who would take the lead and rise up against whatever despotic regime was running the show. Most simply crave order and stability, no matter how dire the circumstance they have to live under, and if they do not get order and stability of the formal variety (government) they will accept it from whatever warlord or violent group fills the power vacuum left by not having any formal order. Most of humanity simply wants to be told what to do, at least on some base level, and those in the liberty crowd would be wise to give this reality careful consideration when addressing the governance of large populations.

Now for the pro-government crowd.

Any power delegated by a population to an official social authority, will be sought after by those who wish to use it for their private gain, and they will expand it until it does not even resemble the original delegation. The natural tendency of government power is to expand. It is for Control to advance, and for Liberty to retreat. Government will, over time, always become more and more obtrusive, and more and more corrupt, resulting in the subjugation and oppression of the general population, for the interest of the few in charge and their friends.

This reality is impossible to avoid, and the only governments who haven’t failed their populations are the ones currently in the process. Keep in mind: every time we ask the government for more intervention, every time a new law is passed, every time some new program comes into play, the rights of the citizenry give ground, and liberty becomes that much more scarce. If you want the government to do something, no matter how altruistic your motivations, it will enact its new decrees with force, and it will pay for them with money confiscated from the population. People will die because of the decree, no matter how small and seemingly benign, and our society will be one step closer to totalitarianism.

If this is the reality of the human condition, and there is no way to govern or not govern humanity, then what choices do we have?

It is simple: Minarchy.

Our only choice is to give the people the social order they crave, while attempting to limit the government in as strict of a manner as possible. This way we can mitigate the chances that warlords will procure undue power, while also protecting the rights of the individual to the greatest extent possible.

Sadly though, even Minarchy is a failing proposition over the long haul, as I have explained in the nature of delegated authority above. Ultimately all attempts at social order are doomed to fail. We put up with them, and try to limit their harm for as long as possible, and then, when things get too bad, as they always do over time, the 4% of us who are worthy of making the claim “Give me liberty, or give me death,” rise up, force the issue through bloodshed, and hopefully get a new, and limited, rights-respecting social order when the revolution is over.

There is a silver lining to this tale.

Since the inception of rights-respecting social orders–from the Magna Carta to the Constitution of the United States of America–the greatest progress in human dignity, and in the welfare of the common man in the whole history of humanity has occurred, by an exponential margin. The Constitution in particular ushered in an era of such unparalleled prosperity, for all involved, that at this point there can be no truly discerning individual who doesn’t think individual liberty, personal accountability, and free market enterprise, are the keys to social harmony.

Perfection is not for humanity. Humanity by its very nature is imperfect. But with a rights-respecting government, and a population dedicated to individual responsibility, we can do miraculous things. Perhaps one day humanity will be ready to embrace true liberty. Until that day, those of us who truly seek liberty, and all the trials that inherently come along with it, should never give up hope. We should sing liberty’s praises from the rooftops, letting everyone know that in liberty, and in no other, true human dignity resides.